This stylish house number is inspired by modernism and made of cast aluminum for a timeless look.

Clean design and clean surfaces make this a great choice for functionalist homes, houses and apartments.

Developed in collaboration with Grand Public and Letters from Sweden and based on a tailored font.

Font designer with a sense of architecture

Göran Söderström is one of Sweden's most successful and in-demand font designers. Since 2011, he runs the font agency Letters from Sweden in Stockholm, where he designs retail fonts that are sold via the company's website, as well as tailor-made fonts that have been developed exclusively for Swedish and international companies.

He finds inspiration for new fonts from collaborating with interesting people, but also from older typography books and exciting expressions in various fields. And with regard to the fusion of typography and architecture, Göran believes that there is great potential for improvement and that architects and font designers can develop a deeper collaboration. 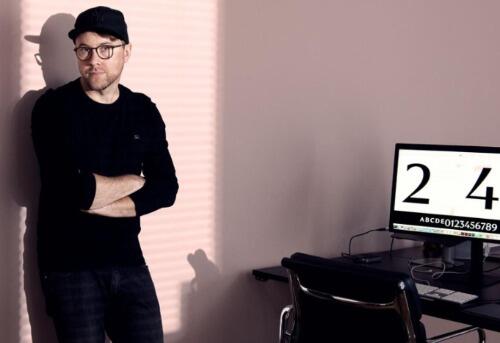 Andre købte også
Login Don't have an account yet? Register